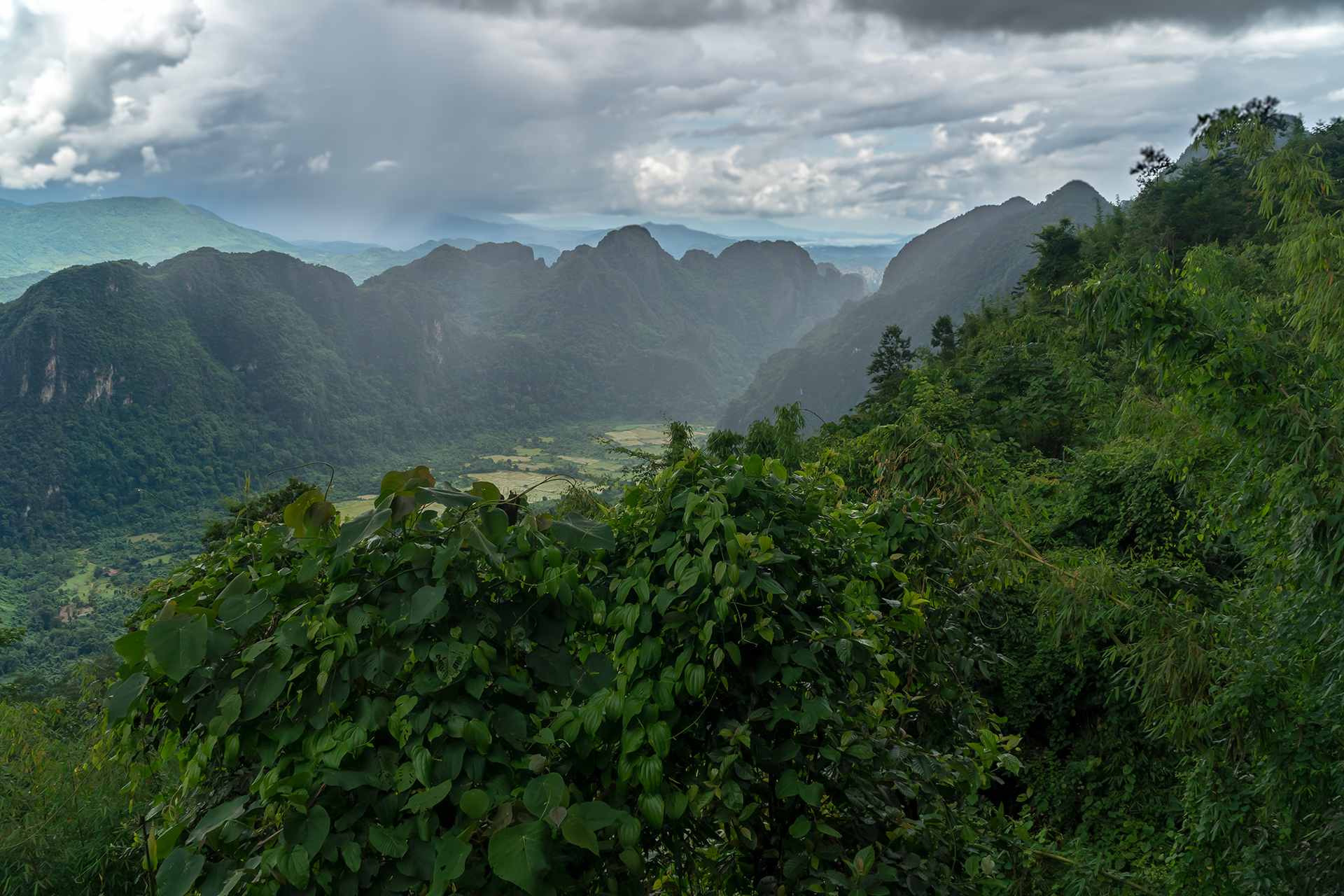 DO IT
TODAY.
RELIVE IT
FOREVER

What will you do

Best in: all year round

Learn about Lao’s rich historical culture of weaving and textiles as well as the centuries old traditions of natural dyes, all of which are still practiced today

Discover the enigmatic and eccentric Buddha Park with its hundreds of religious sculptures, including the largest reclining Buddha in all of Laos.

This city guided tour takes you to the main attractions in Vientiane, the capital and the largest city in Laos. Visit all the main attractions of the city, travelling in an airconditioned van with our expert guide. Visit Wat Prakeo, Wat Sisaketh, Pathouxai, That Luang before heading out of town to explore the very eccentric Buddha Park!

What Will You Do

We start out tour by heading to the religious museums of Wat Sisaket and Ho Prakeo. Wat Sisaket is the oldest temple to have survived the Siamese War of 1828 and its cloister contains more than 8000 Buddha statues. Ho Prakeo was the former home-temple of the Emerald Buddha statue, or Pra Keo, from the early Lane Xang Kingdom until the 18th century. Today it contains a collection of Buddha statues, antiques and artifacts found in Vientiane.

We then drive to That Luang Stupa, the single most important monument in Laos. This Stupa was built to cover the original, smaller stupa containing a piece of the breast bone of Buddha. That Luang is the largest stupa in Laos and serves as the main symbolic stupa for all of Laos. It’s also our national symbol, a gathering place for our national Buddhism ceremony, and recognised throughout the world.

We then head to Patouxay, sometimes called the Arch de Triumph of Vientiane. This landmark is not as old as the other landmarks we visit but provides an interesting insight into Lao’s more recent and turbulent history. Despite its more modern history this is still an important landmark for the people of Laos and serves an important role in many national celebrations

We then make our way to our lunch, which is served in a local restaurant. Here we can experience the most pervasive element of Lao culture, its food.

In the afternoon, we make our way to Carol Cassidy, a workshop and gallery showcasing Lao textiles and natural dye making process from start to finish. We then drive out of town to the eccentric Buddha Park, built by a Lao man after studying in India, in order to teach following generations of Lao about religions around the world. Here we will discover many Buddhist and Hindu statues in traditional and modern styles. One of them is the largest Reclining Buddha in Laos.

We return to Vientiane with a new appreciation for Lao culture in the late afternoon.

This is not a physical tour. There is a small amount of walking at each location. 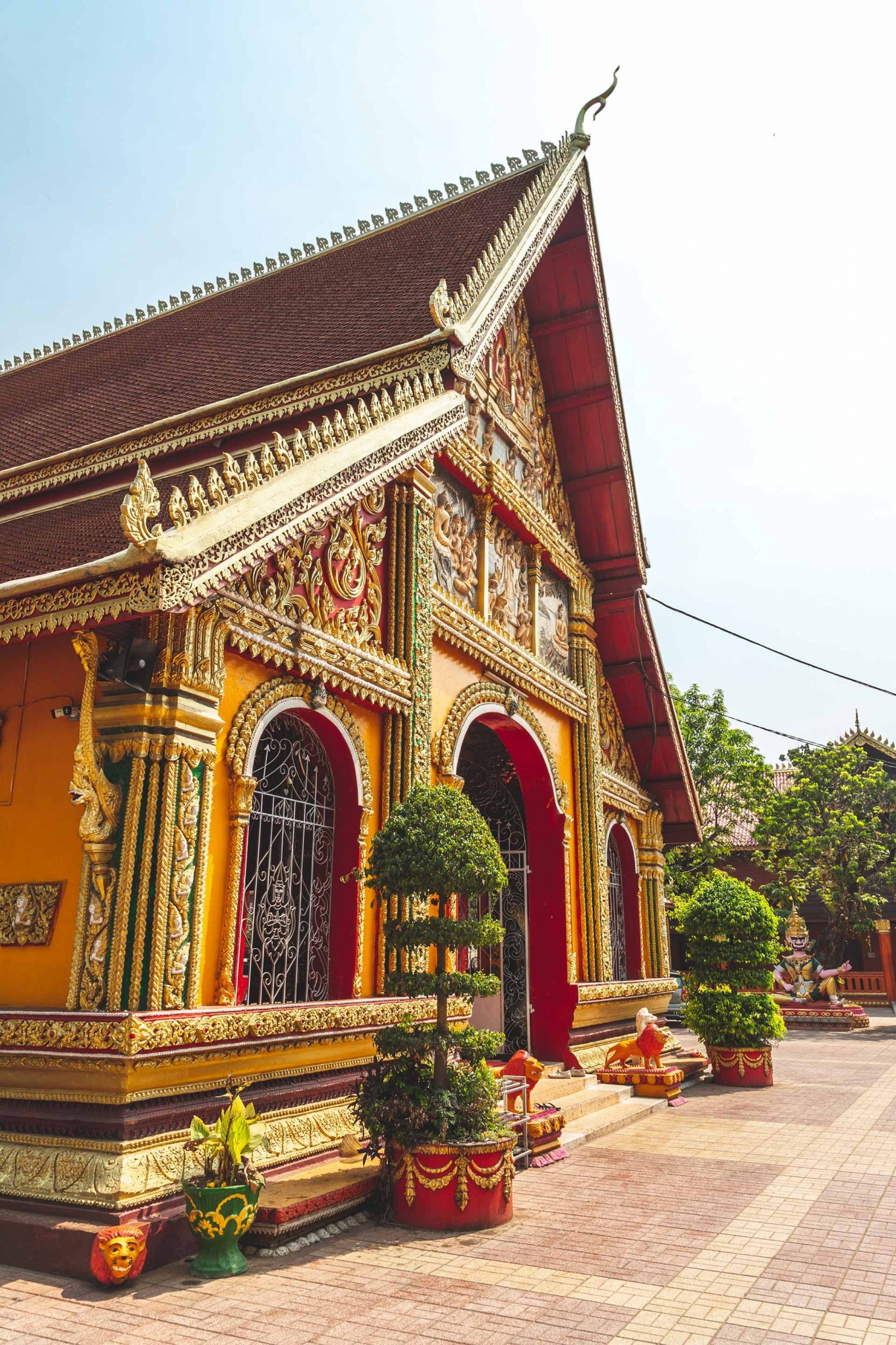 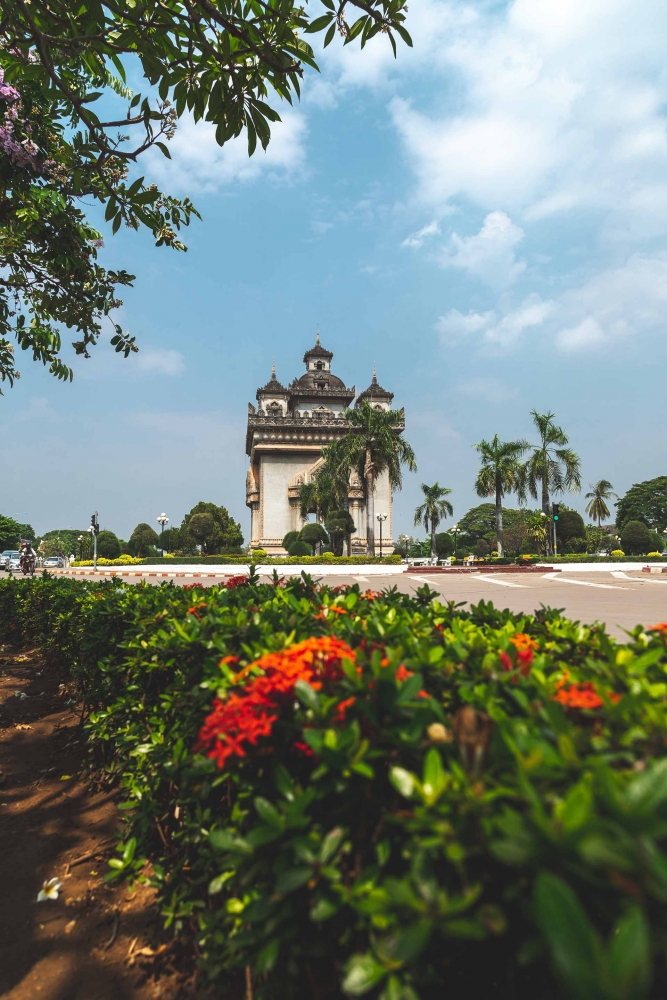 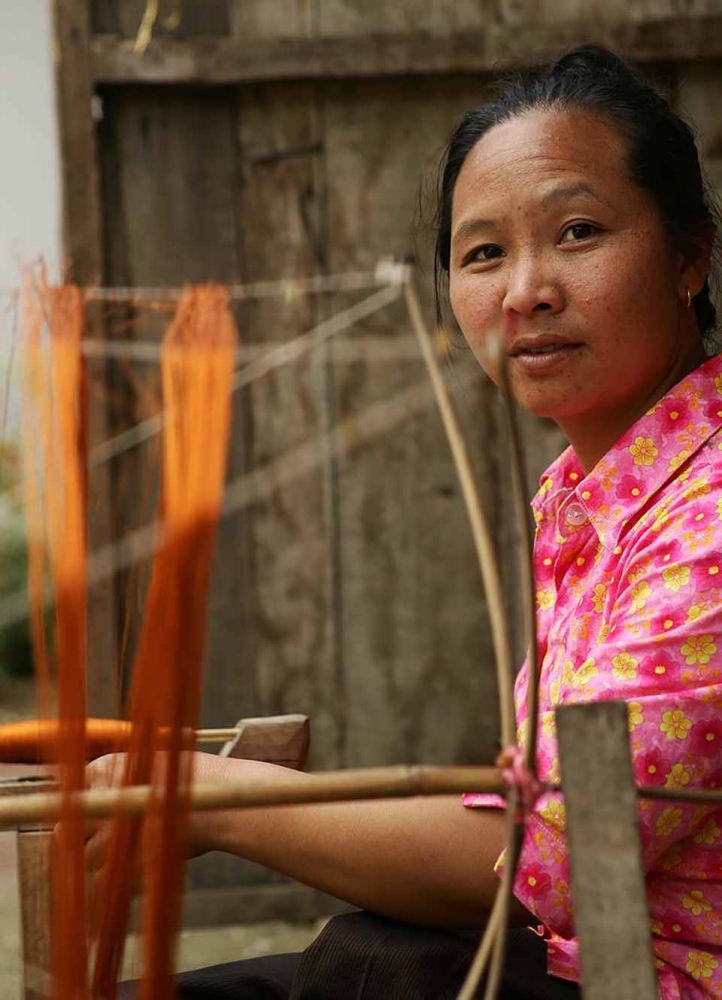 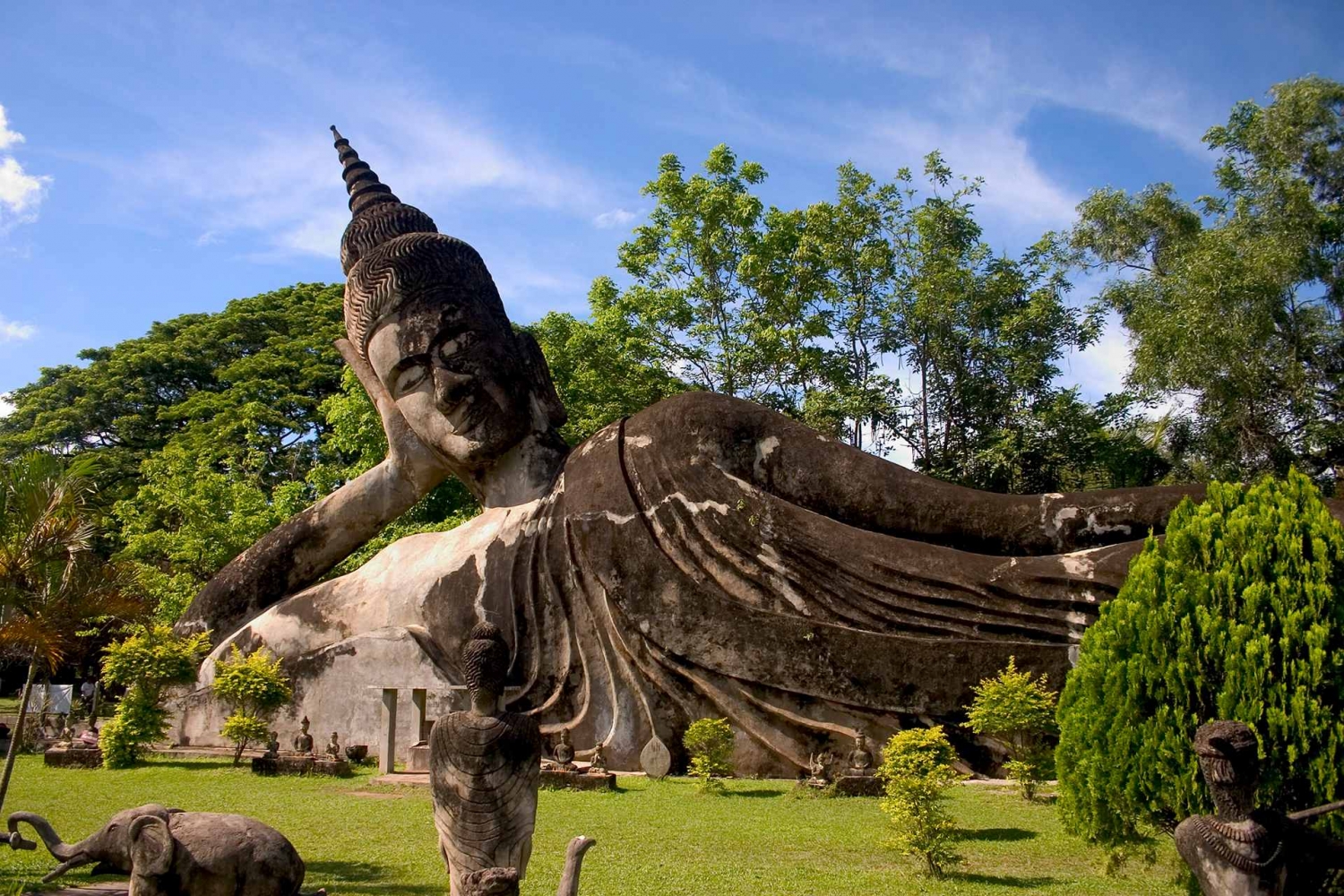 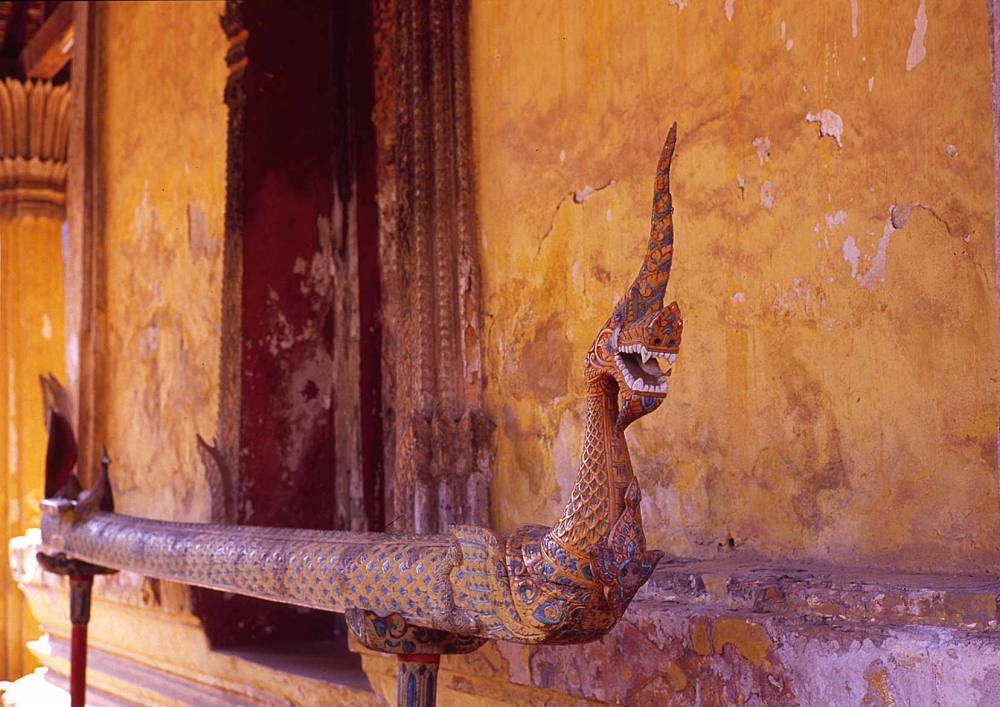 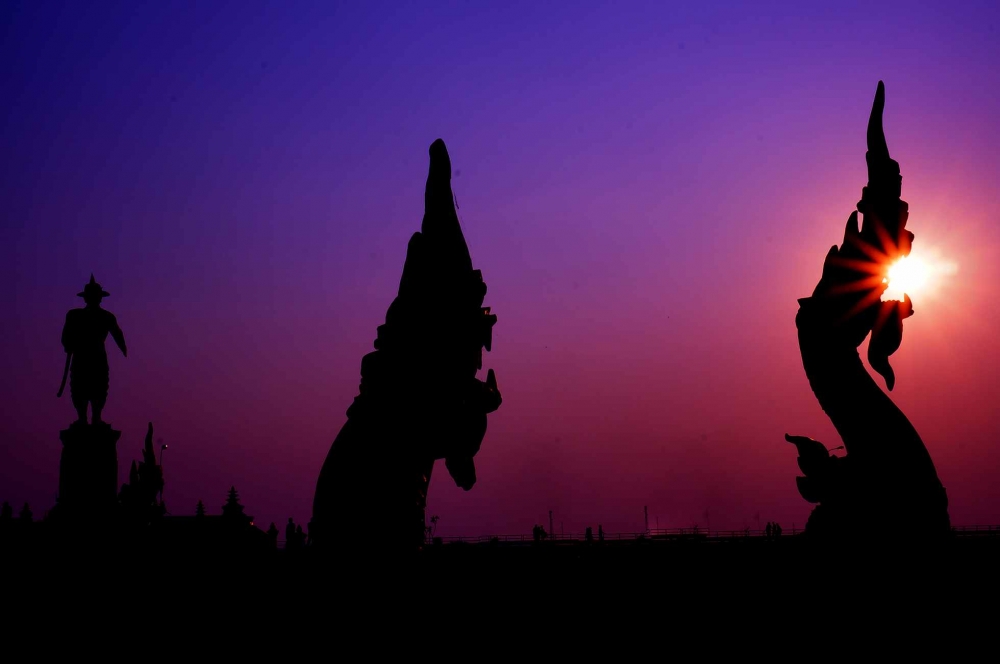 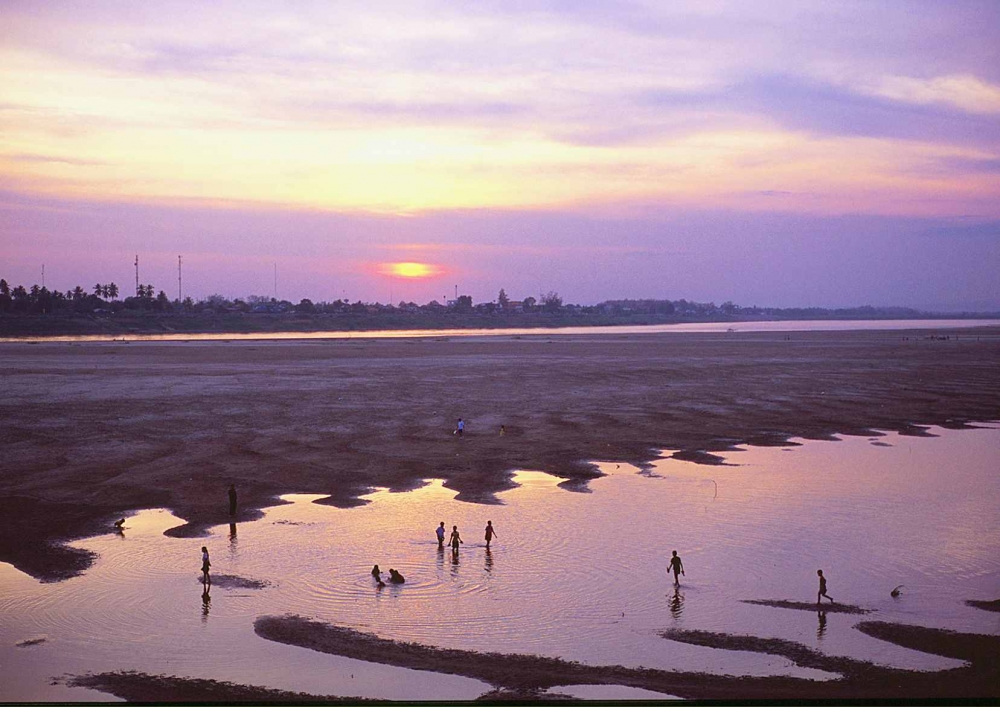 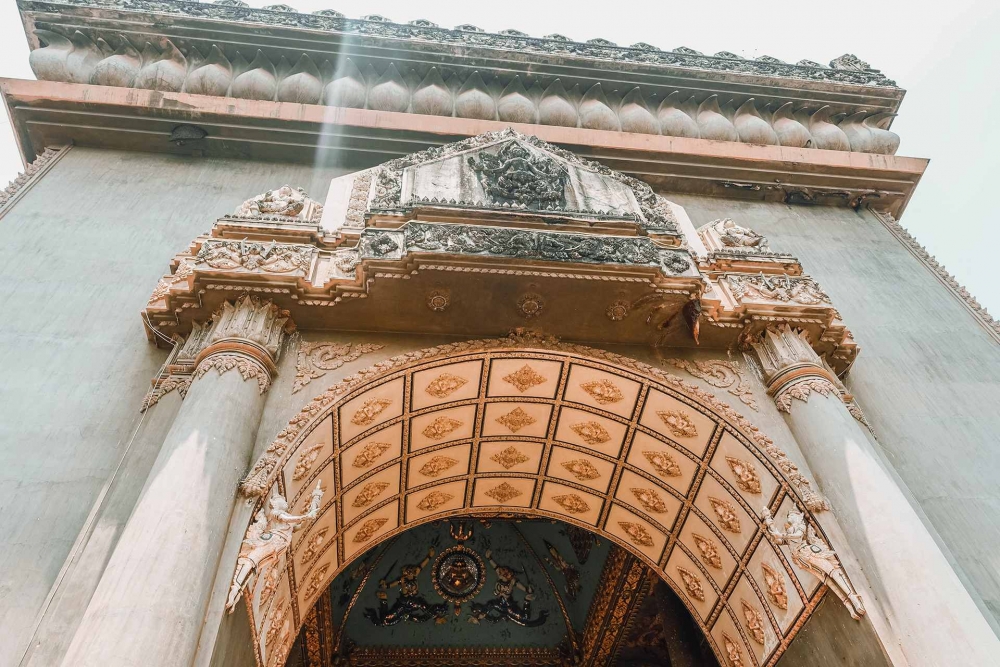 Help us to become 100% single use plastic free company!

We try to avoid plastic as much as possible, that is why we encourage you to bring your own refillable bottle.
We have water refillable station at our office where you can fill up your bottle.  If you don’t have one we sell the 0,75 L Green Discovery aluminium bottles at our sales office.  At the moment we will still need to use plastic bottles in some of our tours but we hope to reduce it as much as possible. Together with The Green Discovery Sustainability Fund we are working on installing water filters in all the villages we are visiting and we hope in the future we will not need to use plastic bottles anymore.

Still not suit you?

We can tailor make your perfect experience

Talk to us
Reservation